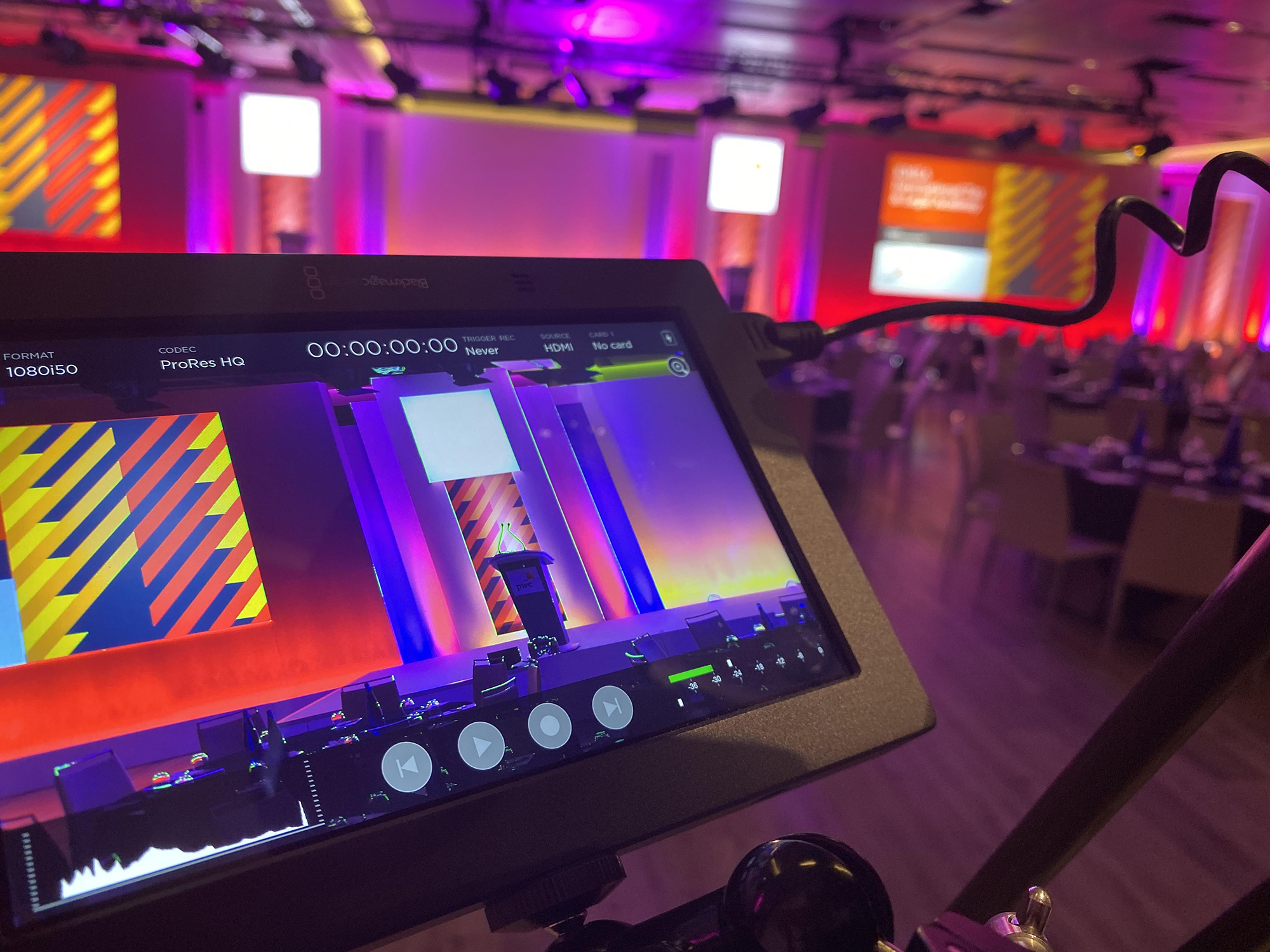 As you may know from our previous article the Cypher Media team have been in Europe the past few weeks. Last week, we spoke about what went on in Paris but what about Madrid? Here's what we were up to.

The event took place in the Madrid Marriott Auditorium hotel and congress center, which is the largest hotel in Europe. A crew of 23 were involved in the setup and running of our client's annual International Tax & Legal Academies. This was a 5-day-long event running from Monday to Friday where two groups of delegates attend training courses. We supplied equipment for over 13 courses spread out into 38 different rooms. In the middle of the week, there was a crossover 'town hall' session where both groups of delegates attended. This means a plenary room set up for around 800 delegates. Feedback from the client was very positive and it's always great to work with them all.

Let's look at the event in more detail.

The large100ft wide set featured twin 13ft, 16:9 aspect ratio screens. One of the challenges of this event was to try and hide our line array, particularly because the ceiling was not that high. We decided to print four branded fabric banners to each stretch across a space within the set columns. These were lit from in front and behind and allowed us to use two of the columns to hide the line arrays. The fabric allowed sound to travel through the material. Two client-branded lightboxes were flanking the center panel, with two branded lecterns in both corners of the 12m wide stage.

In addition to the main room, we had 3 large breakout rooms which featured 30ft wide & 10ft high set with a 10ft wide 16:9 aspect ratio screen. We dressed the sets with two branded lightboxes and a lectern. PA systems with radio, clip and handheld microphones were provided to delegates, as well as some additional equipment to allow for WebEx/Google Hangout calls to be broadcast into the room.

Catchboxes are marketed as the world's first throwable microphone and they have shown to be extremely popular on these events. A catchbox is a soft, padded cube with a built-in microphone designed to increase audience participation and it just loves to be thrown around. The devices are also designed to automatically mute when they’re being tossed or dropped. Due to increased demand, we’ll be investing in more of these for future events. 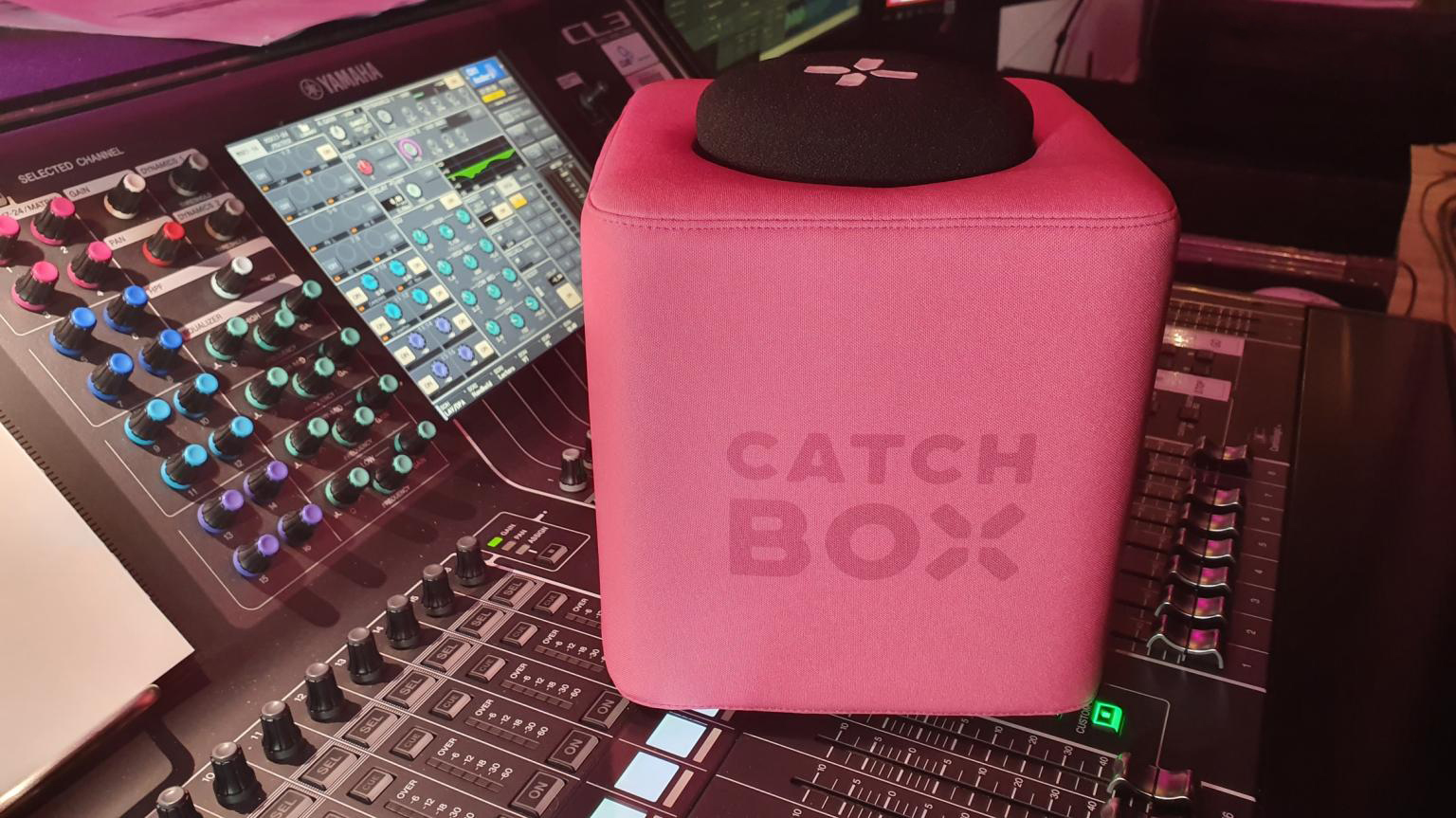 We were in Paris just a few days prior to this event. We had two trucks in Paris, one going on to Madrid, and the other heading back to the UK. In the UK we had another truck loaded ready to go to Madrid. The management of the load and what equipment was needed on each truck is critical, so kudos to our great team for making it all happen. 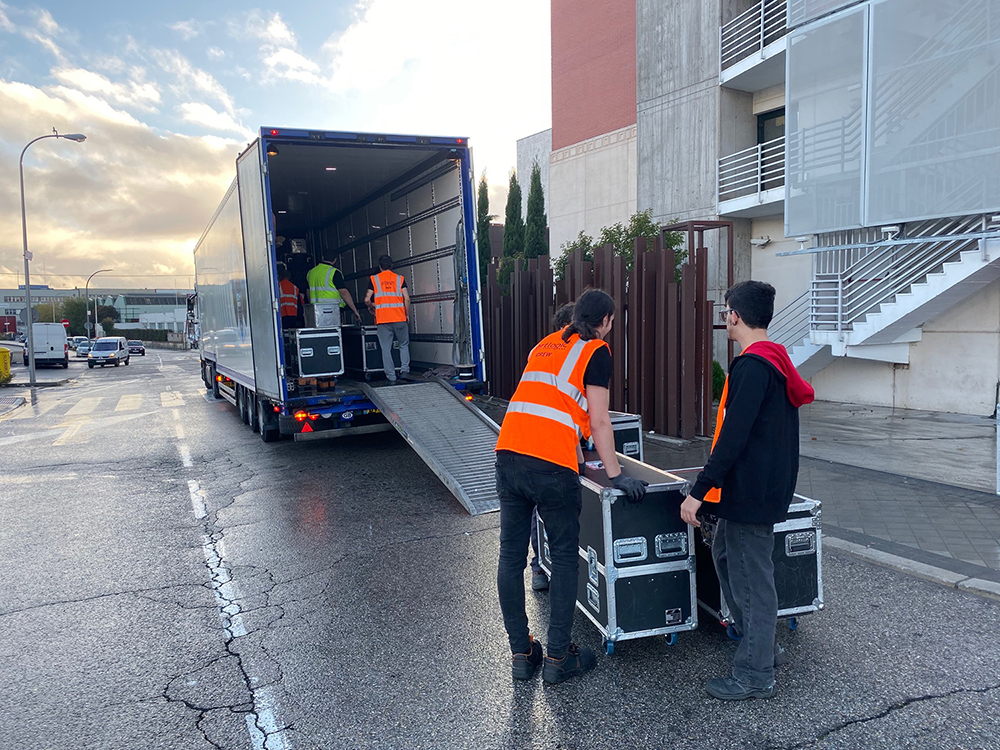