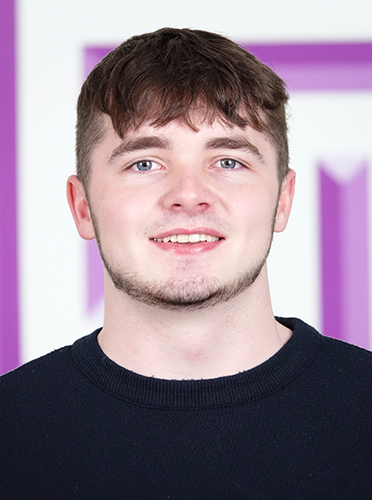 After moving to Droitwich and completing my GCSEs at 16, I decided to do an IT course at Heart of Worcester College. Two months into my course I found out about apprenticeships, earning & learning sounded perfect to me. I travelled to Birmingham, Worcester and Malvern for interviews, but I wasn’t driving at the time which made things a little harder. With a stroke of luck, I received a call from my agency regarding a Droitwich based filming, events and e-media company that showed and interest in interviewing me. I showed up to my interview, suited and booted, exchanged some firm handshakes, had a chat about myself and the company and then I was on my way. I received a call the next day telling me that Cypher would like to take me on, and then I remember jumping around the living room with my dog… My interview couldn’t have gone that bad because here I am nearly 3 and a half years later!

What do you like about working at Cypher Media?

Working in a small business is great because you become close with all of your co-workers. We all work hard, and we have a laugh in the process. The novelty of travelling to different countries still hasn’t worn off just yet, either. I’ve enjoyed watching the business grow and develop and seeing everyone’s pre-production pay off onsite still feels great.

My first ever job for Cypher was definitely memorable. Two weeks after I started, Stuart & I drove to London for some filming. Not only was it my first time working in London, but I was also working in the shard. Given my fear of heights, it was definitely one to remember. That job was great because it gave me my first insight into this industry. Another really interesting project we worked on was a holographic display for a client in early 2018 – after going to their office we filmed a speech shot on a green screen to be used on a holographic display in Barcelona.

I think it’s taken me a while to get used to not working side by side with my colleagues, but we’re still using different technologies to communicate every day. I thought whilst working from home I’d be easily distracted, but I’ve found its quite the opposite. I feel as if I’m getting more done, and I feel more creative. I wouldn’t say I’ve faced any challenges yet as the team & I are still communicating so regularly

Some of your other favourite things?

I’ve been into gaming all my life, it all started in 2004 when I got my first console, a Nintendo GameCube. I’m now really into PC gaming, my favourite genres being MMORPG’s (Massively Multiplayer Online Role-Playing Games) and first-person shooters. I love everything to do with boxing & MMA, and I box myself. I’m always playing music when I’m at home & some of my favourite artists include Fleetwood Mac, The Kinks, Red Hot Chilli Peppers and Alt J. My favourite food & drink would have to be a BBQ base meat feast from Dominos with a Dr Pepper. Too good. In my spare time, I’m always looking for a new TV series to watch. Some of my favourites of all time are Breaking Bad, Dexter, Prison Break, The Walking Dead and Black Mirror. I love sci-fi and dystopian films and TV series.