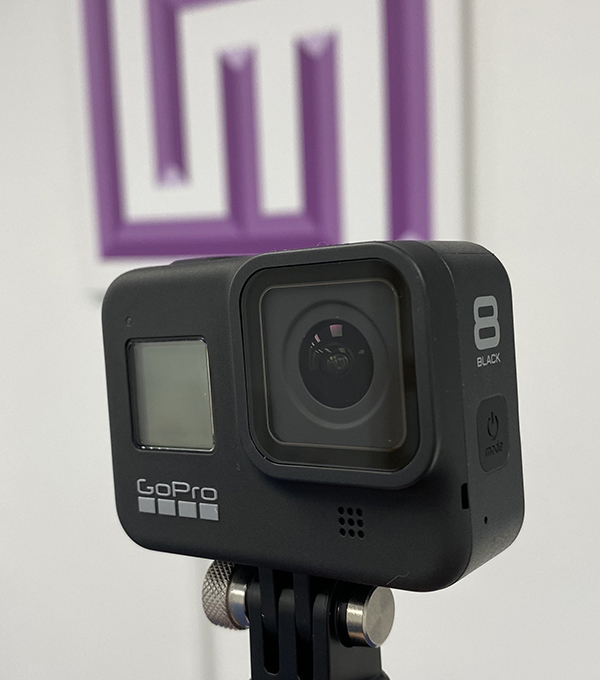 We’ve recently invested in a new handy piece of kit here at Cypher Media. Our brand-new GoPro Hero 8 Black has made its way into our kit, but take a look at what we’re going to be using it for...

The GoPro Hero 8 Black is a huge improvement on its predecessor, the GoPro hero 7, with the all-new HyperSmooth 2.0 stabilisation, it’ll make for some excellent tracking shots & general videos. The HyperSmooth 2.0 stabilisation really is a gamechanger when compared to the previous version, with an improved prediction algorithm and sensor management the difference is like night and day. Don’t believe us? Take a look at this video by MicBergsma comparing the Hero Black to its predecessors!

The lightweight action camera is capable of recording in 4k at 60 frames per second and the new design of the Hero 8 also gives us a chance to modify our GoPro’s with additional microphones, a powerful LED light, and an additional 2” display to assist with framing up shots.

There are many reasons for using GoPros, they’re extremely discrete and can be easily placed in interesting positions to capture shots that would normally be difficult to film. They also take next to no time to set up, which is ideal in scenarios such as filming conferences and events where you have limited time to set up a shot. We’ll be using our new piece of kit for a variety of tasks, including the creation of more mesmerising build videos, an example of which you can find below.