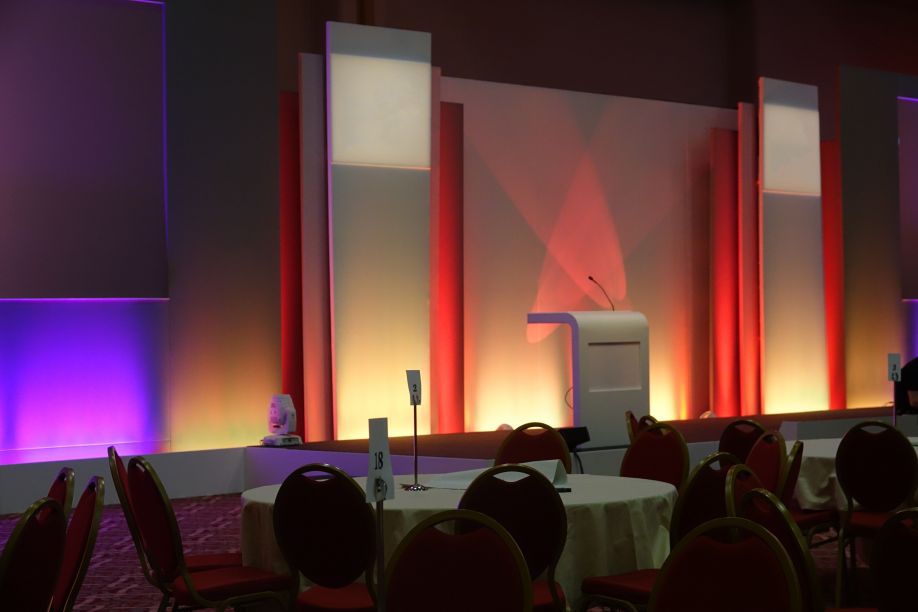 Our first International Tax Academy of 2018 was held at the Rome Marriott Park Hotel, which boasts over 140,000 sq. ft of event space with 40 event rooms and 36 breakout rooms, which were all utilised for meetings of different sizes.

We arrived in Rome on Saturday to rig all day on Sunday for the meetings which started on Monday. Rigging was also taking place throughout Monday for meetings starting later in the week.

The event covered 5 days with a total of 28 technicians operating in the various spaces.

The main room hosted a huge set and stage coming in at an approximate width of 39m (126ft.) and an approximate height of 5m (15ft).  This full set was used for an Awards Dinner on one of the evenings, which ended with a a very loud and successful disco which our client loved.

This large room could also be split easily in to 2 stand-alone rooms to host smaller (but still very large) meetings.

One of the sessions was also live streamed to up to 600 attendees through Webex - we used our three HD cameras to send a mixed feed in to the Webex laptop so we could cut between them at the appropriate times.