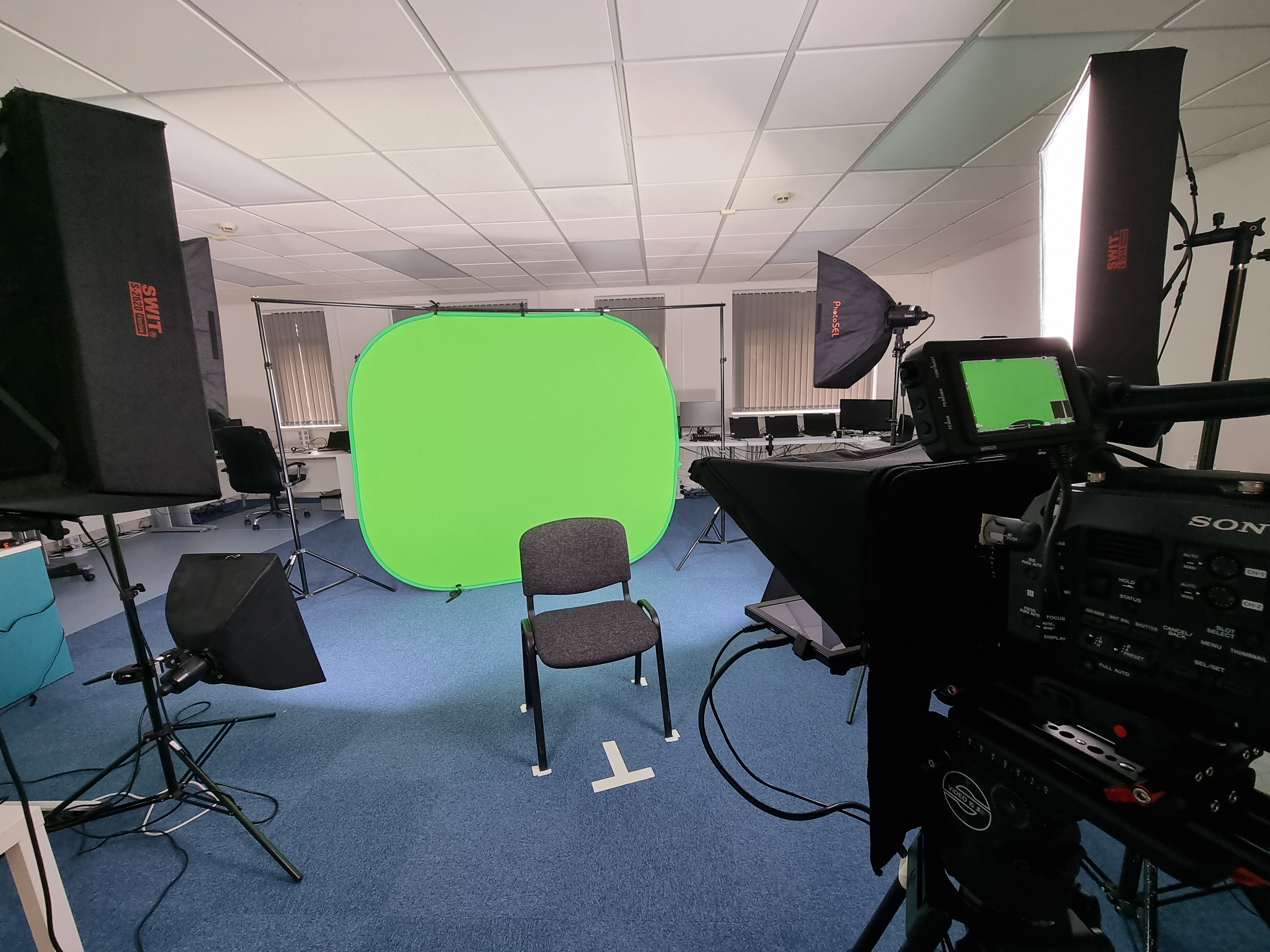 The team have been busy this week setting up a green screen studio to film a series of tv in-vision continuity links.

We were asked by one of our clients to film a series of TV in-vision continuity links in the style of ATV (which ran from 1950s - 1980s). Peter Tomlinson, who appeared in the 1970s on ATV was back in front of the camera to reprise his role.

The producer of the show connected in via Zoom to offer guidance to Peter on the delivery of the script. We used two laptops, one which allowed the producer to see the room and speak to Peter, and another which gave the producer a direct feed from the camera so he could see exactly what was being recorded. This was achieved by using a Blackmagic Web Presenter to convert a HDMI camera input in to a webcam that could be used in the video conferencing software.

Post-filming, the green screen footage was uploaded and sent directly to the producer for editing.

If you'd like to learn more about pre-recorded videos using either green screen or white backdrop, get in touch with us. You can contact us via email here, or by telephone - 01905 827772