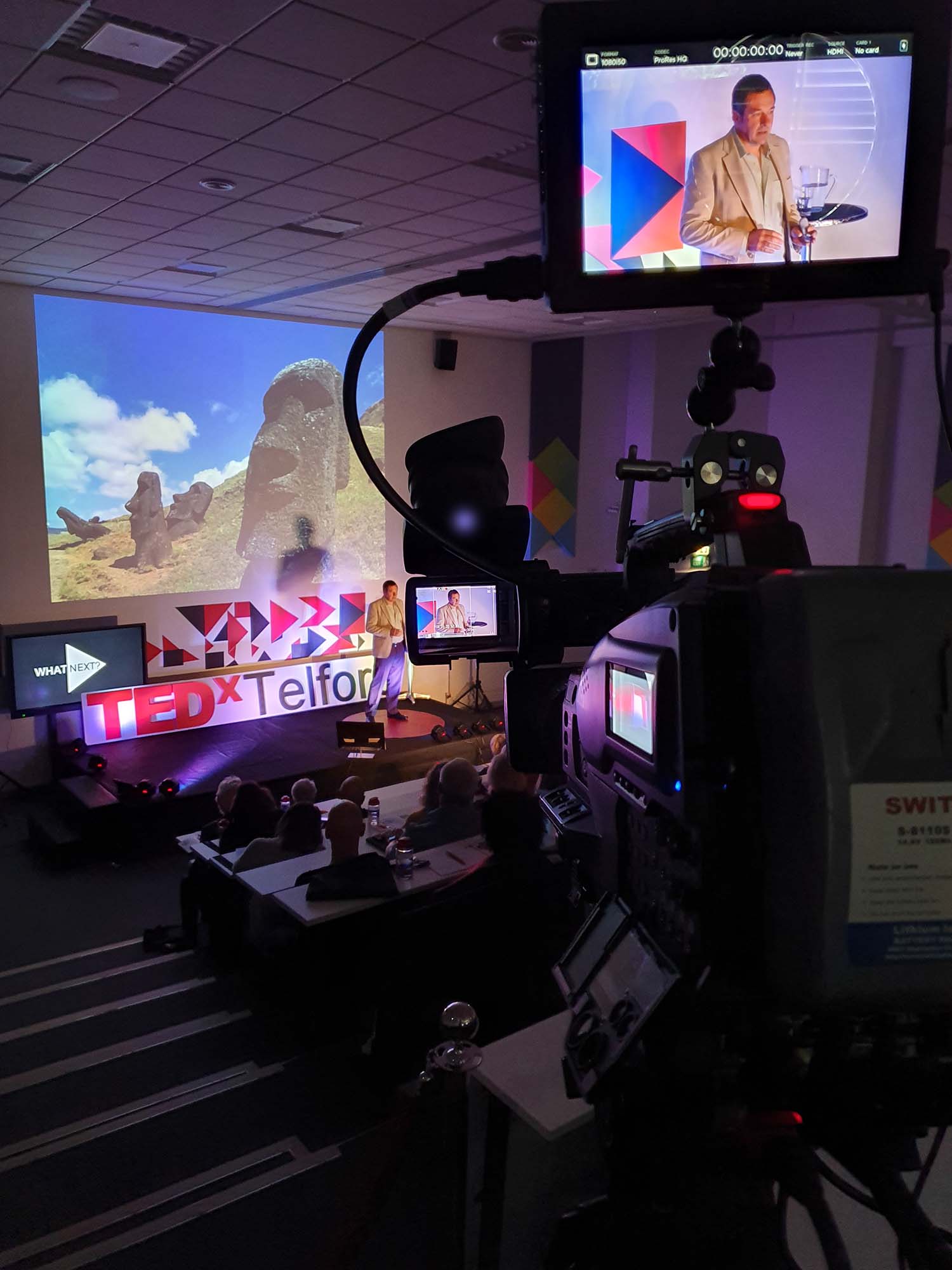 We’re always working with a wide range of clients, but recently we had the opportunity to work with TED. No, we’re not talking about some bloke named Ted, we are of course talking about TED, the non-profit organisation.

TED gets the world’s greatest thinkers and doers together in a room to discuss topics they’re passionate about, as their slogan says ‘Ideas worth spreading.’

Cypher Media had the pleasure of working with TEDx Telford to produce the video content for this year’s event held at the University of Wolverhampton’s Telford Innovation Campus. TEDx is very much the same as TED, however, these events are organised independently and have more of a smaller, local focus rather than the global focus of the larger TED talks.

Stuart worked with the TEDx Telford organisation team to plan a solution that would ensure all the content was filmed in a way that as much usable footage was captured from all angles. Cypher ultimately suggested a four-camera set up that comprised our 2 of our Sony PMW 350’s for Single shots, our Sony PXW Z150 as a 4K wide and our small but mighty Sony PXW-FS5 as a roaming camera grabbing cutaway, audience and general view shots.

The day was a jam-packed but well-organised event that consisted of very interesting and relevant topics around this year’s theme of ‘What next?’ ranging from mind control to Easter Island to mental health. Not your average workday!

After the event, we started straight away on postproduction. As the event was shot with multiple cameras we were able to edit the talks using Final Cut Pro X’s multicam editing feature. With multicam edits, you can sync up different shots into one timeline meaning that you can get through an edit with multiple angles much more quickly and efficiently than if you were to do it all manually.